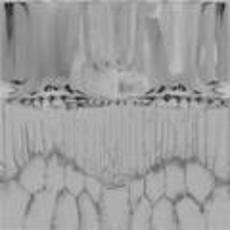 This time I will first explain a few useful tricks to seamless texture your models and then we will see how to do to make the texture maps look realistic. Since I will refer to examples and tecniques I explained in the other two tutorials, I suggest you to take a look at them).

First, we will see how simple is to draw a seamless texture map for different part connecting in the model (for example arms and legs connecting to the character body) using the convert to File Texture command (see previous tutorial in the texture section). As reference we will use Greg, a simple monster I will use to explain how to draw a scar that runs along one side of the character, from the chest down to the leg.

As you can see in the picture below, the part of the model I have underlined is formed by 3 different parts that are in contact:

So, what you have to do is to take a snapshot of the right or left side of your model (View > Predefined Bookmarks > Right Side/Left Side) and paste it in a Photoshop new document. Cut the image as explained in the previous tutorial, draw the texture and the scar, of course; when you are done go back in Maya. It�s time to project the texture, but this time yuo will project it onto 3 parts at the same time:

Fig. 3 shows the result of the side projection.

Fig. 4 underlines the 3 different parts and the scar running over them (since we projected the texture, we applied it in the same way to the left and the side part of the body and to the interior of each leg as well (A) )

Now, to have complete control over the scar, simply use the convert to File Texture command for each part and modify them as you did in the previous tutorial:

It's time to draw the front texture map for both the body and the "connection". So, as you did for the tortoise-shell, render Greg's front view and use it as reference:

Fig. 8 shows the front texture map with the "new" part of the scar: to clearly see the new part in the "converted texture", draw it in a different color). In this picture the arrows show the "connection zone". As you can see I have drawn the scar in thiszone, too, but I won't use it to adjust the texture map of this part of the body. In fact, for a good result it's better to zoom to the "connection zone" and take a snapshot only of it (fig. 9) (Tip: it's better to draw and convert very large texture maps (2048x2048 or so); this way the final map will be more detailed, sharp and you can zoom very closely to it). Fig. 9 shows the scar coming from the body (A) and the new part (B). Fig. 10 shows the final front texture map we will use for the projection onto the "connection zone". Once you are ready project and convert them:

Finally, using the previous converted maps, draw a new (for both the body and the "connection zone") texture map with the red and the blu part of the scar:

Fig. 13 shows which part of the texture you have to keep to build the new one. Next, fig. 14 to 16, are shown the 2 maps you got before and the final result you will use as color map for the body shader.

Now you must do the same for the connection zone:

Applying the 2 new texture maps you will get what you can see below:

Fig. 21 underlines the connection zone, and in the picture below you can see a closer view of it:

In fig. 22 you can see that the scar is not so good; it seems to be blurred. This is because you have to change the Filter value (default value is 1) in the Attribute Editor window of the thexture map:

Changing this value to 0.1 you'll get the right image:

Obviously you have to do this for all the other texture maps.

Note: if you use a projection map, change this value in its Attribute Editor, too.