1. The Standard License grants you, the purchaser, an ongoing, non-exclusive, worldwide license to make use of the digital asset (Item) you have purchased or downloaded for free.

2. By completing a purchase or download you are hereby granted use of the item resulting in an End Product;

3. An End Product is a work that incorporates the Item into a product that is larger in scope. Approved distribution or use of Item as an End Product includes, but is not limited to:

a. For personal or commercial use

b. For advertising or promotional use

c. For a website or in any electronic devices

d. In broadcast, multimedia or animation

More detailed examples of approved distribution or use:

a. As a displayed 3D model used in a mobile phone application as long as the original content is protected from extraction

b. As rendered imagery (still or moving) distributed as part of a feature film, commercial, broadcast, or stock photography or other stock media

c. As part of a game as long as the original content is protected from extraction and displays inside the game during play

e. As part of a physical object such as a toy or physical model

What you CAN do with the Item

5. You can modify or manipulate the Item in any way including shape, size, color, etc. You can combine the Item with other works and make a derivative work from it. The resulting works are subject to the terms of this license. You can do these things as long as the End Product you then create does not violate any of terms of (3) above.

What you CAN'T do with the Item

6. You can't re-distribute the Item as stock (free or paid). You can't do this with an Item individually or bundled with other items, including even if you modify the Item. ie, you can't purchase a character model, rig it, then resell it as your own.

7. You can't provide any free download of the Item in any web site or electronic devices.

8. You can't modify the Item and sell or distribute the modified Item in any form / media as it's own new Item.

10. You can't use an Item in a logo, trademark, or service mark.

11. For some Items, a component of the Item will be sourced by the author from elsewhere and different license terms may apply to the component, such as someone else's license or an open source or creative commons license. If so, the component will be identified by the author in the Item's description page or in the Item's downloaded files. The other license will apply to that component instead of this license. This license will apply to the rest of the Item.

Where an Item is entirely under a GPL license, it will be identified as a GPL item and the license noted in the download files.

13. You can only use the Item for lawful purposes. Also, if an Item contains an image of a person, even if the Item is model-released you can't use it in a way that creates a fake identity, implies personal endorsement of a product by the person, or in a way that is defamatory, obscene or demeaning, or in connection with sensitive subjects.

15. This license can be terminated if you breach it. If that happens, you must stop making copies of or distributing the End Product until you remove the Item from it.

17. Purchaser understands and agrees that certain digital items may contain third party copyrighted or trademarked material that may require additional licensing, permissions, releases, or rights clearance for any non-editorial use. Purchaser and their legal advisors should consider this and obtain such rights, if necessary, before purchasing, downloading or using any Content. 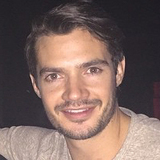 *Rapid Rig: Poser will only work with with Rapid Rig: Advanced.

1. Installation and running the script
-once you download the file, open it, and at the top, there will be directions on where to put the .mel file, if you are unsure
-restart maya after installing script
-run the following from either the command line or the script editor:
RapidRig_Poser_V2
-this will bring up the interface. If you want, you can highlight that command and drag it to one of your shelves for easy access

2. Generating a Custom Interface
-Once you run the script, you will get the "Create Custom UI" window.
-Similar to how you created your dummies and rig, set the options to match your character
-Hit OK to create a UI and close the window, hit Apply to create a UI and to continue creating more UI's, or hit Cancel to abort
-Once you have the interface that looks similar to a character represented by all the buttons, you are ready to go!

3. Setting up the Interface for a Single Rig
-If you have only one character, the best way to use this interface is to either type in the name of the rig at the top, or select any control on the rig and hit "Load"
-Once you have the name of the rig in the text field at the top, enable the  "Use Name" button.
-Now, pressing a button will take that action on the rig with the corresponding name


5. Setting up the Interface for Several Rigs
-If you have several characters in your scene, and don't want to have to keep changing the name, just leave the "Use Name" field turned off.
-To use the interface in this way, you need to select any control of a rig, then use the interface. The interface will perform the action on the rig with the selected controller. You do not have to select a specific controller, any controller will work.

6. Using the interface
-Phew! Now that you have the interface set up, you are ready to put it to use!
-Depending on your Custom Settings, your UI may be different from the one shown above, but I will describe the main functionality

-Fingers & Toes
-for each finger/toe, there is 3 buttons. Each one selects the corresponding control
-At the end of the 3 controls is an arrow. This will select all 3 controls of that finger, rather than having to select them one at a time
-Perpendicular to the directions of your fingers is another arrow. This will select the first, second or third joints of all the fingers/toes
-The last button is the "A", this selects ALL finger/toe controls of that arm/leg

-Selecting IK and FK controls
-In the arms and legs, if you are in IK mode, the IK controls will select, and vice versa for FK.
-Because there is no IK control for the shoulders and hips, clicking those buttons always selects the FK version

-Mirror
-This mirrors the pose (only works on the z axis)

-"Save Pose" button with the option of saving out the Main Control's translate, rotate and scale transforms.
-This saves the pose based on the selected rig, or by the name in the text field if the "Use Name" checkbox is enabled
-A pop-up window appears where you choose a path and name for the pose file.

Show all 86 people who favorited this item