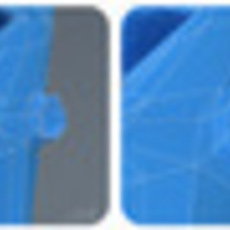 Hello I am Jalo and going to explain as were the construction of bob (sideshow bob) through 8 phases. 1 concept and modeling, 2 rigging and skinnig, 3 face and texturization, 4 rendering and animation, all of them group is important for constructing a character like this. The first stage that I go to speak is the one of conceptualizacion and modeling.....

Conceptualizacion is most important. because at this moment we must have very in clear that what we are going to construct... soon to pass the modeling and to be constructing mesh basing to us on the concept, is something as well as one devises in a design project. If you dont have this, you dont have nothing.. Definitively it not going to work... the idea is the Motor of all project and without this, believe me is not going to arrive at any port. It is here where all the questions, are answered.....

At the time of beginning, to start of a model is best one has idea that it forms has and as is seen. Thus of was in sideshow bob. I have toy bob which I photographed in its views, in front, flank and above, that helps like kick off to star in the model.

Questions do to us at the moment of are brainstorm. If the character is high or low, if he is fat or skinny.... this part is very important, because here it is going away to base the generation of mesh throughout the body... I mean... where the hands pivot arms. Abdomen feet. etc.... and another very important part that this is face....

In sideshow bob partly already this solving. we know character, thanks to the series The Simpson. We know its personality and classic movements, their emotions. From it is here where we will be based for the construction of mesh, knowledge where it must have but expensive, and where no, scketches is important also drawing some to know as it can be expressed and to know the forms that we are going to model... if we can also draw it is a good beginning to modeling.

Then first it is to start of aodel to take it in to the soft 3d (in this case 3d max) and from there, we make the preparation basic of views  so that they serve as like trace... and to begin to draw it, basing on the views and contours. Classic views, front, left, to upper and botton........

The modeling technique Im going to use in this project is of polymodeling.. and it is leaving from a box. With some divisions of faces in max (convert to polymesh, and in modify panel we editable it) CUT,  extrudes, bevel and move, is going to be the used parameters.

It is important to consider that we are preparing mesh.. (Modeling) to character that in this case it is going to move... also it is important to have an expression and position of the neutral body. And from beginning here to model... in the case of the arms it calculates the length of this to where the knees finish.

The idea is to be copying the basic form, the contour, of sideshow bob and here it is where I decided to begin in to face, almost always is of my preference to begin in to face and later to go from there to the total of character.

The idea was to go progressively from the face, eyes mouth nose, body feet, arms and hands.......y always considering To begin by the forms basic and to be adding detail.

The technique is to be adding courteous and soon replacing the faces and to be giving form.

This is a gold rule for my always I think everything in phases... in steps... never treatment to give all the detail him in the beginning....Once this the form basic, the phase to be producing more details to be polishing the parts..

After separating and moving vertices and faces the form is obtained and the personage begins to appear,
which is good beginning.

In the same way we go with extrudes and CUT, modeling the character... step by step always remember is a good trick.

The hand always is a complicate part.... one must stop and make some CUT and prepare to be able to extrud the tubes that soon will be the fingers and re to position vertex so that it fence taking form, the hand.

If the foot begins to have form but rememory now that forgets the ear and with the same technique beginning to me to dale forms cutting and stretching outwards.

When we are in agreement with the result of mesh, we happened to the phase of detail for animation. It is a very important phase here because we began to think to future, in rigging... that type of rigging we are going to use and where they are going to pivot the parts of the body and riggins works generally for the same specific scene but it often has we are going to have to generate rigging for takings you specify that the director decides or animator, like I =).

It is important that they notice as I add myself to certain cuts to generate later in those better areas you bend or deformations for the animation.

With half of welded character it is a good moment to begin to add the parts that form the character, Like the clothes, or its objects that make their person, in this case were their hair, necklace, hawaianas leaves and eyes.

When I began to model patinio or sideshow bob, really wise that the part of the hair was going it to model with zbrush, partly Because it is very powerful and easy to model to certain things and second because it wanted that finishing had another one, another aesthetic one of modeling, er part of the decision of the design.

Once solved the hair, I followed with modeled foliage this in max and is here where we return to decide an aspect to represent in design terms 3D... models it of that way because it wanted to show and to respect that essence of drawing and naif, and at the same time to give that knife average aspect him of knives that always accompanies it to bob.

to divide of box yeah je again, always is a good beginning, simply I gave form him and uses Array and groups later to be able to animate them by separated.....

When I constructed the foliage, and I saw. As it were directly in contact with the skin. It really was not like, then I decided to add a hoop or something to him that visually made overtone, in design terms, (to be solving construction and design obstacles is one of the things that but I like to do, in the world 3d =))

Simply I constructed a hoop that soon, encloses a noise modifier to him, so that is not perfect in its form.

Once solved this phase... it lacked the necklace... this also modeling with zbrush, because, tapeworm the necessity to give certain randominzation stones. I import to max and soon Array uses again to give the distribution.

The phase of conceptualizacion and modeling arrives at a good point to recheck and to reflect on as it is going to be rigging, that types of movements we are going to need for this character. We do not forget that, and I repeat many scenes must prepare itself, with rigging special or absolutely dedicated for that taking that the director or creator or animator need.......

This tutorial form leaves from two first stage of as I am made bob patinio or sideshow bob, I really hope helps and we will be speaking in the following part of rigging and skining of bob...... Thank you very much by the interest to read this tutorial and special thanks to all what they made possible to that can be doing this today in day.!    all the best for all....!!!!