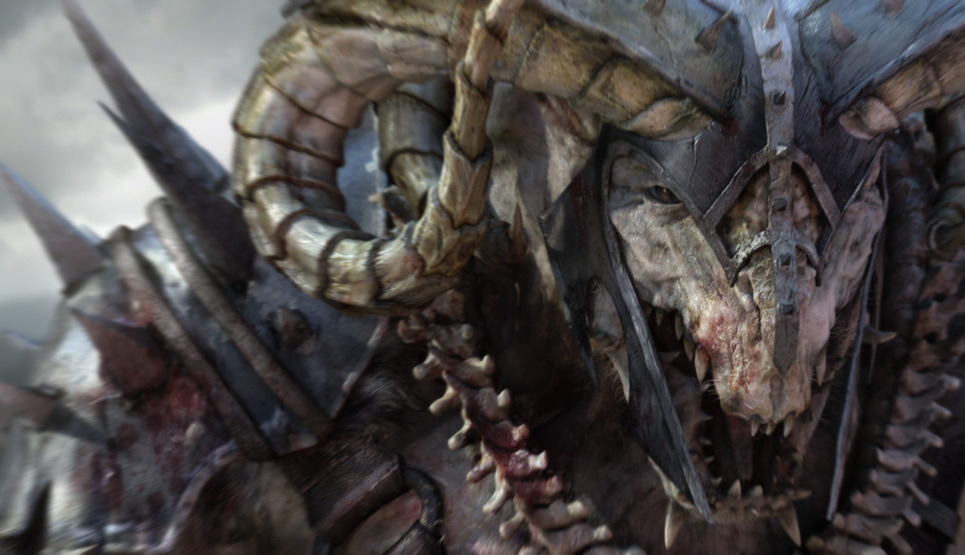 
Short Description about this image:


In creating this character, our main goal was to produce a realistic short 3D animation film.


In order to do so, certain aspects have been inspired by movies such as The Lord of the Ring" (inspired the characters height and the all-over fantasy look & feel of the movie), King Kong" inspired us for the creature battle scenes and War Harmer and the War Craft inspired us when designing accessories and armors used for the film.

Our concept is mostly based on the use of lighting we wanted to create a bright and well-lit atmosphere, which is contrary to more popular dark and evil creatures we usually see in these types of animations. We wanted to focus on the characters traits and expressions.

The character stands out because we have a ray of light streaming from left to right through the clouds of a stormy sky. It helps accentuate the focus on the character and makes it seem come to life.


Also in this setting, weve focused on the characters height and proximity so it dominates its environment and seems like its about to jump of-screen. Weve taken care to not show too much of its body, putting the focus on the creatures face and its seemingly cold and cruel stare.

The idea behind the creatures development was to inspire ourselves of known creatures such as a dinosaur, for its look in general and also for its strength; an alligator, for its slimy and scaly body, and a ram inspired the creatures body shape and horns. The rocky background makes for a cold and unfriendly environment and gives the illusion that it is entirely dominated by the creature, creating a very hostile setting. We wanted it to seem like hes ready to take over the world.

Our creature uses anything he can find as an adornment. Thats why there are jagged pieces of armor and bones on his armor. His morphology is pointed out by making the skin very pale and by adding a few scarce hairs here and there and by giving him very dark eyes. Moreover, the paleness of the skin helps bring out the different tones of color in the armor and in the accessories.

The images static feel was erased by using a motion blur radial, which was inspired by an action shot picture of a repeated movement.


In short, all the enumerated aspects are what make the essence of the image: weve carefully proportioned lighting, textures and paid special attention to modeling details to ensure a extremely realistic feel to the character and its surroundings.