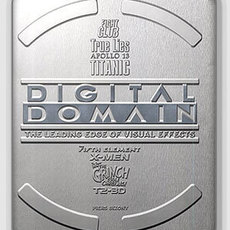 The "Pearl Harbor" director and private investment firm Wyndcrest Holdings, in which Bay is a principal, are set to announce Tuesday the acquisition of the 13-year-old visual effects studio. Financial terms were not disclosed.

Bay broke the news to Digital Domain's 475 artists Monday during a staff meeting at the Venice, Calif.-based studio.

"My simple goal is to make Digital Domain an effects powerhouse," Bay said in an interview after the meeting. "I think we can utilize this platform here to expand on production in terms of feature films and animation."

As a result of the acquisition, Carl Stork, Wyndcrest principal and former Microsoft executive, has been elected CEO. He replaces Scott Ross, who was the last remaining principal of the company he founded in 1993 with Oscar-winning filmmakers James Cameron and Stan Winston. Cameron used Digital Domain to create the Oscar-nominated effects in 1994's "True Lies" and "Titanic."

Relations were strained between Digital Domain's management and Cameron following his "Titanic" production, which went over schedule and over budget. Cameron and Winston resigned from the board at Digital Domain because of differing views on how the company should be managed. They have formed their own shops.

"The old owners are responsible for making it stagnant," Bay said. "They could not get along. The old owners didn't want to infuse it with cash, which is unfortunate because they have very good people and tools here."

Digital Domain has seen its business eclipsed during the past decade by such industry-leading effects shops as Sony Pictures Imageworks, Jackson's Weta, and Rhythm & Hues. In the same period, highly competitive European facilities have risen because of production incentives abroad. Asian facilities also have taken a piece of the major studio effects jobs because of lower labor costs and lucrative co-production deals.

With new leadership and a cash-rich financial group to guide the company, Bay and Digital Domain executives hope to build on the original vision of the company while also expanding on potential business opportunities.

"We have a lot of work ahead," Bay said. "One of the ideas of this company has always been to make it more director-centric. That was Jim's vision; he had a really good vision, and I want to keep it great."

Restoring Digital Domain's former glory will be a matter of aligning with top talent -- directors like David Fincher and producers like Jerry Bruckheimer -- while also expanding the digital studio's business units.

"We're targeting some of the best directors in the industry, and we'll also have key relations with producers, which should open up a whole new world of clients," Bay said.

Additional areas of expansion include computer-animated family films and video games, though Bay said he primarily was interested in those projects as a creative producer as opposed to directing.

"I would rather shoot myself in the head than sit on a greenscreen stage with actors covered in orange balls all day long," Bay said. "But I'm very interested in producing kid-friendly effects films, and I have always had a love for animation -- this could be my way in.

Bay is overseeing projects at his horror production company, Platinum Dunes, and also is in preproduction on DreamWorks' "Transformers." He said he has been taking notes from another famous filmmaker as to how to keep all his balls in the air.

"I'm working very closely with Steven Spielberg right now (on 'Transformers')," Bay said. "And I always ask him, 'How do you do it?' He's simply able to manage his time and do it well. I look at myself as an entrepreneur. I don't like to go out and fail. I've teamed up with very smart partners, and they're very committed. I think we all have a similar vision of where we want to take this studio."